The purpose of this study is to investigate the role and importance of traditional Iranian architecture with emphasis on wind-catcher in reducing energy consumption in residential homes. Semnan province was selected as a study area and in the first step, suitable areas were identified for the establishment of wind-catcher in the province. In the second step, using two indices of Olgyay and effective temperature index (ET), the ted-cmperature of thermal comfort in the province was determined. Finally, the temperature difference was calculated by comparing the temperature in the residential houses adjacent to the wind-catcher and the internal temperature of the traditional buildings that had win-catchers. In the final step, the amount of energy consumption for heating or cooling in residential houses in Semnan province was estimated to determine the role and importance of wind-catchers. The results showed that April, May, June and October are in the zone of thermal comfort and there are times when wind-catchers will not be very useful in the province. On the other hand, July, August and September due to high temperatures and December, January, February and March due to high cold are good times to use wind-catchers. Also, the highest degree of conformity of the measured temperatures is observed in the cities of Semnan, Garmsar, Damghan and Shahrood, respectively. The amount of energy required to produce cooling is equal to 1700 kWh. However, if a wind-catcher is used, due to the reduction of coefficients and refrigeration losses, this amount will be equal to 1200 kWh. 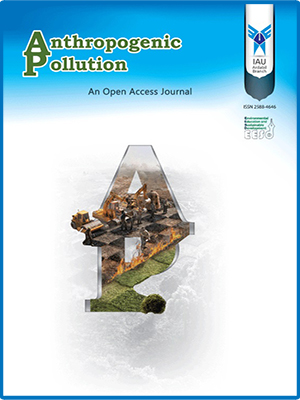